MR Timetable Finding Aid - a document detailing all the public & working timetables held by ourselves, the NRM and the National Archives.

Work at the Silk Mill has now broken up for the Christmas holiday but will pick up with renewed vigour in the New Year of course. December has seen some significant advances, not only around the Museum generally, but specifically in the Midland Railway Study Centre.

Items from the collections continue to arrive back at the Silk Mill from the several remote sites they have occupied since we left the building in February 2018. As boxes arrive in the holding area just outside the new Study Centre they are slowly but surely being sorted and placed in their new locations. Although this part of the move has been planned in detail, with the new racking custom designed for the boxes, it remains a painstaking process to get it right and make absolutely best use of the shelf space. As of the end of the year, the bulk of the document boxes were in place, though that leaves a lot of work left in the form of the rolled & flat plans and the like. They too have a combination of brand new racking and drawers ready for them, as well as several of the old plan chests which are being “fettled-up” for us in the Museum's workshop.

Perhaps the biggest event so far of the move back has been the reinstallation of the “Bradford Mirror”. It is no exaggeration to say a lot of sleep has been lost by several people in contemplating the logistics of this, and it finally happened on Thursday 17th December. We are so very grateful to all involved in the planning and execution of this operation. We had full confidence in the skill and dedication of all involved, but it was still a relief to see it safely back on the wall. And what a magnificent sight it is too. In fact, we are so excited about it, we have created a separate page just to tell the story of the Bradford Mirror.

Of course things are moving on in the rest of the building, particularly with the model railway. Moving a layout as large as this one to a different site within the building was always going to be a huge challenge. The floors are all supported by upright pillars and, inevitably, their configuration in the new location forced some unwelcome changes to the scenery of the layout. The up-side, however, is that the new site allows the model to be extended somewhat at either end, with additional scenic elements and even a new mainline junction!

Here is a further selection of images to help whet your appetite for visiting us as soon as circumstances permit... 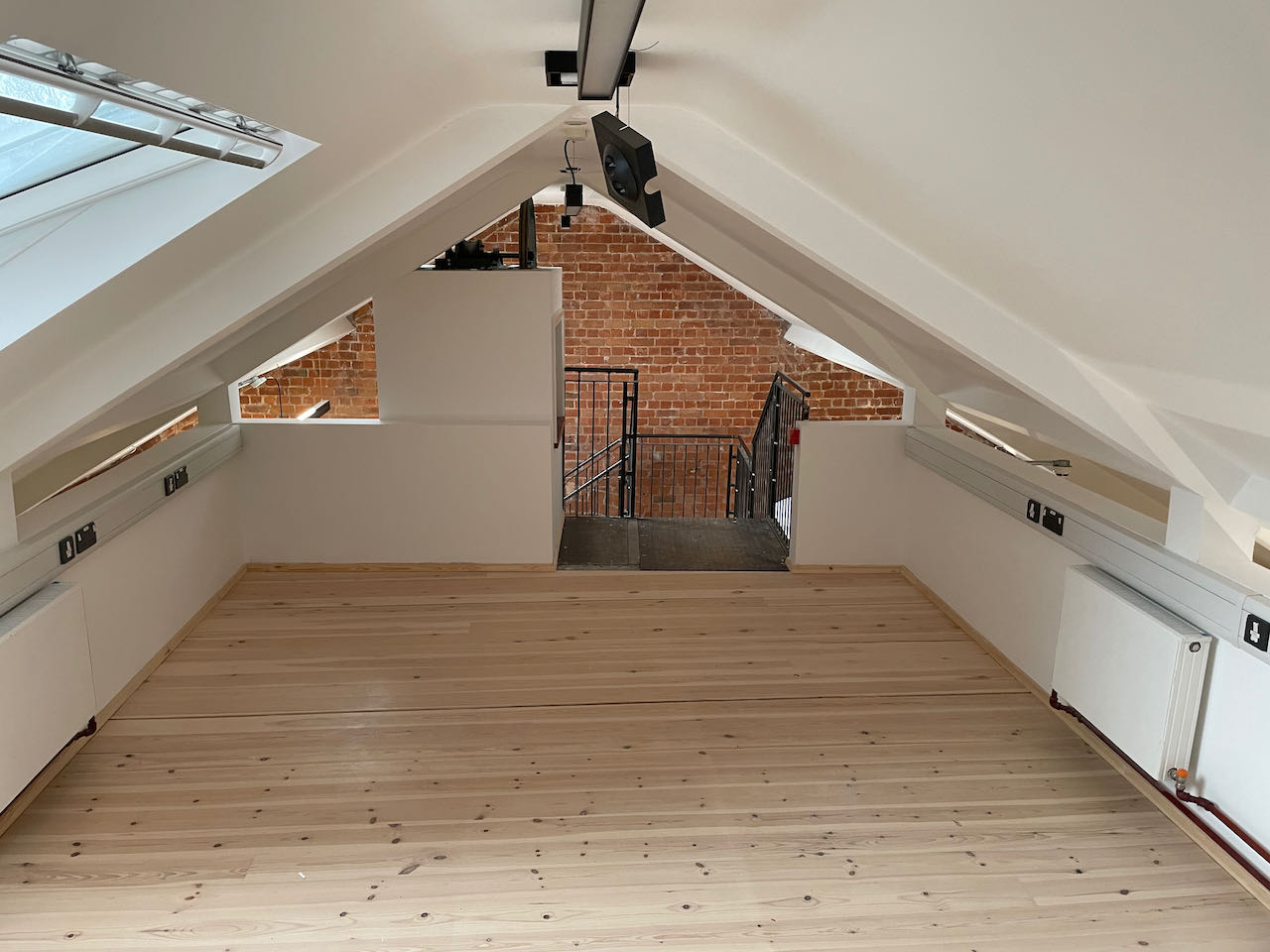 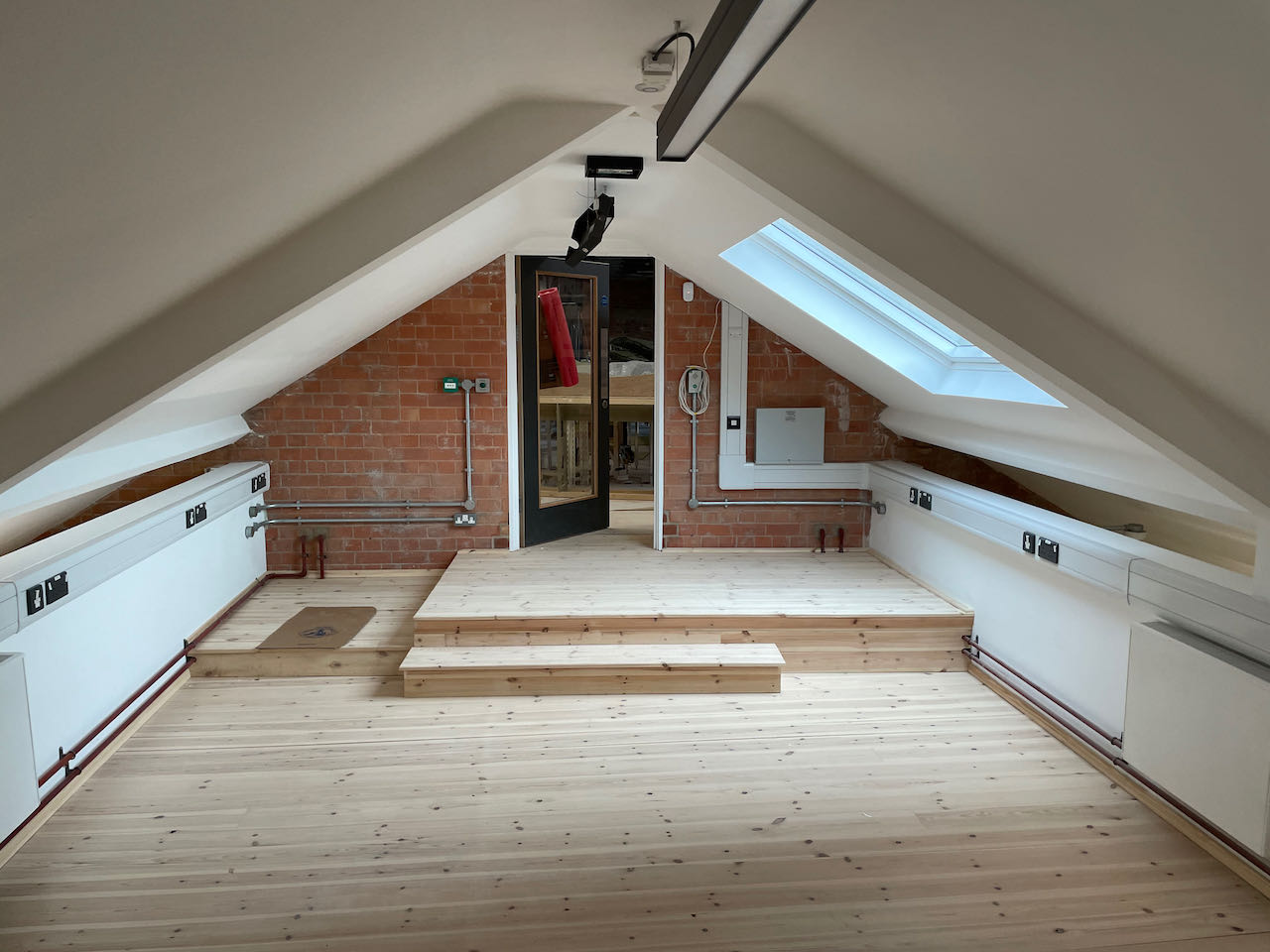 Frankly, not much has changed with the reading room since November. The worktops which will line each side of the space is yet to be fitted, as have the bookcases which will be tapered to match the roof line at either end of the desks. These will hold the Midland Railway Society's library and will be available for visitors to consult. 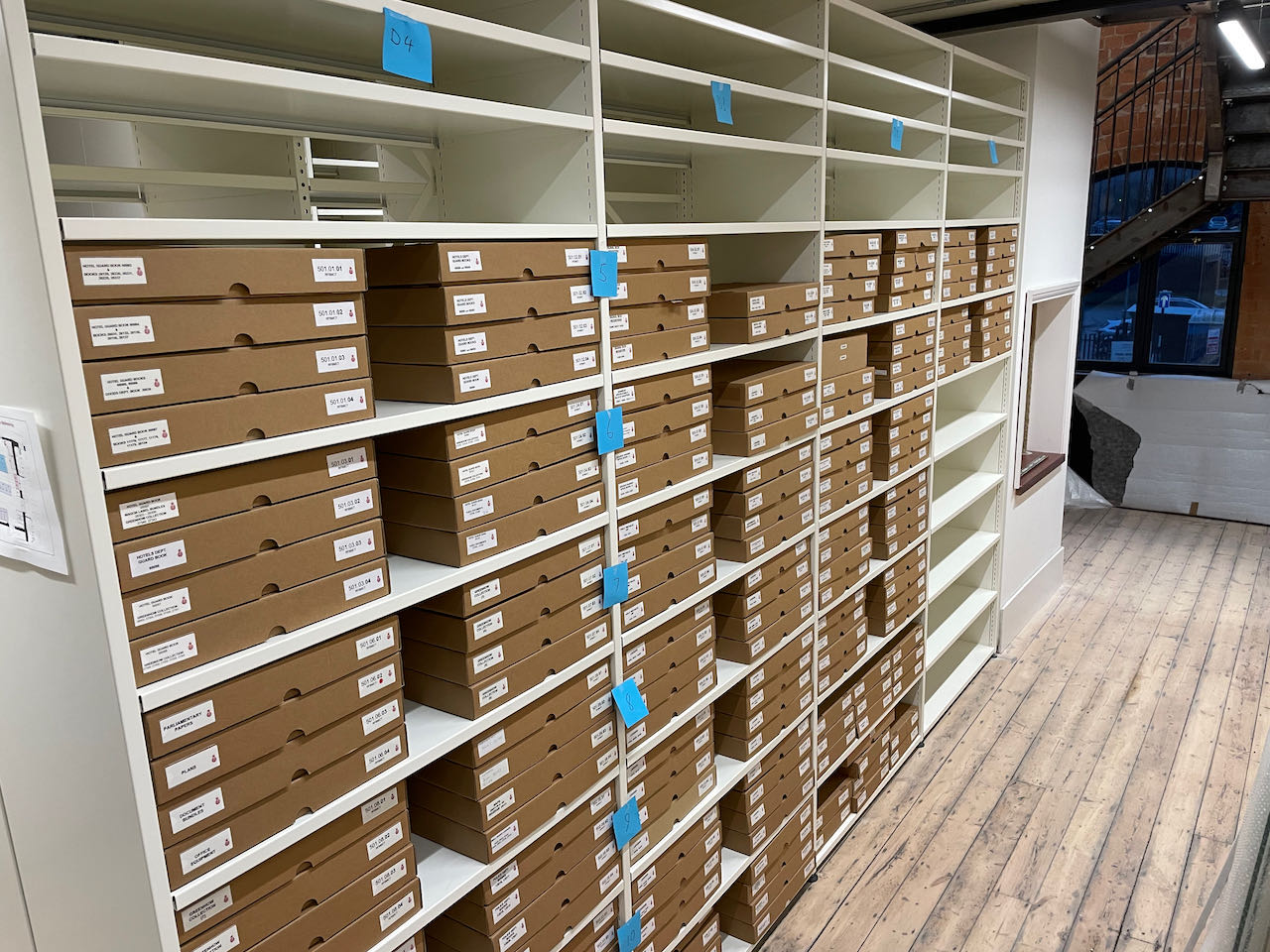 In order to maximise shelf space, the new store is organised by size of box rather than the nature of their contents. Box numbers will be updated based on the new referencing system — you'll see the rudimentary temporary location numbers on the shelves! Here aisle 'D' is host to the “medium tan” style of box. 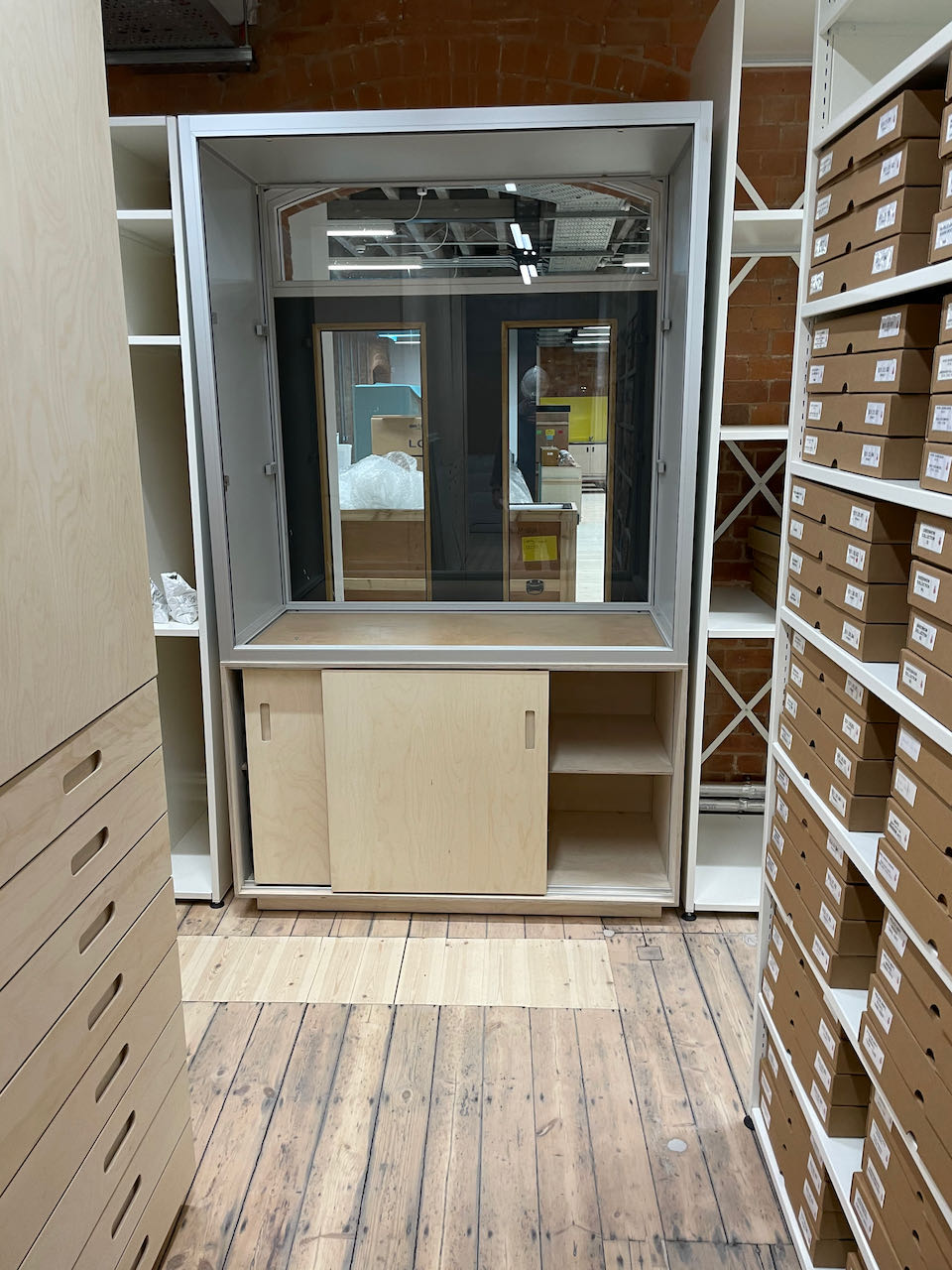 We have turned around from the previous view and looking at the end of Aisle 'D'. The case in front of us will house ceramics and cutlery from Midland Railway hotels, dining cars and steamships. These beautiful objects will consequently be visible from outside the storeroom via the Learning Space. 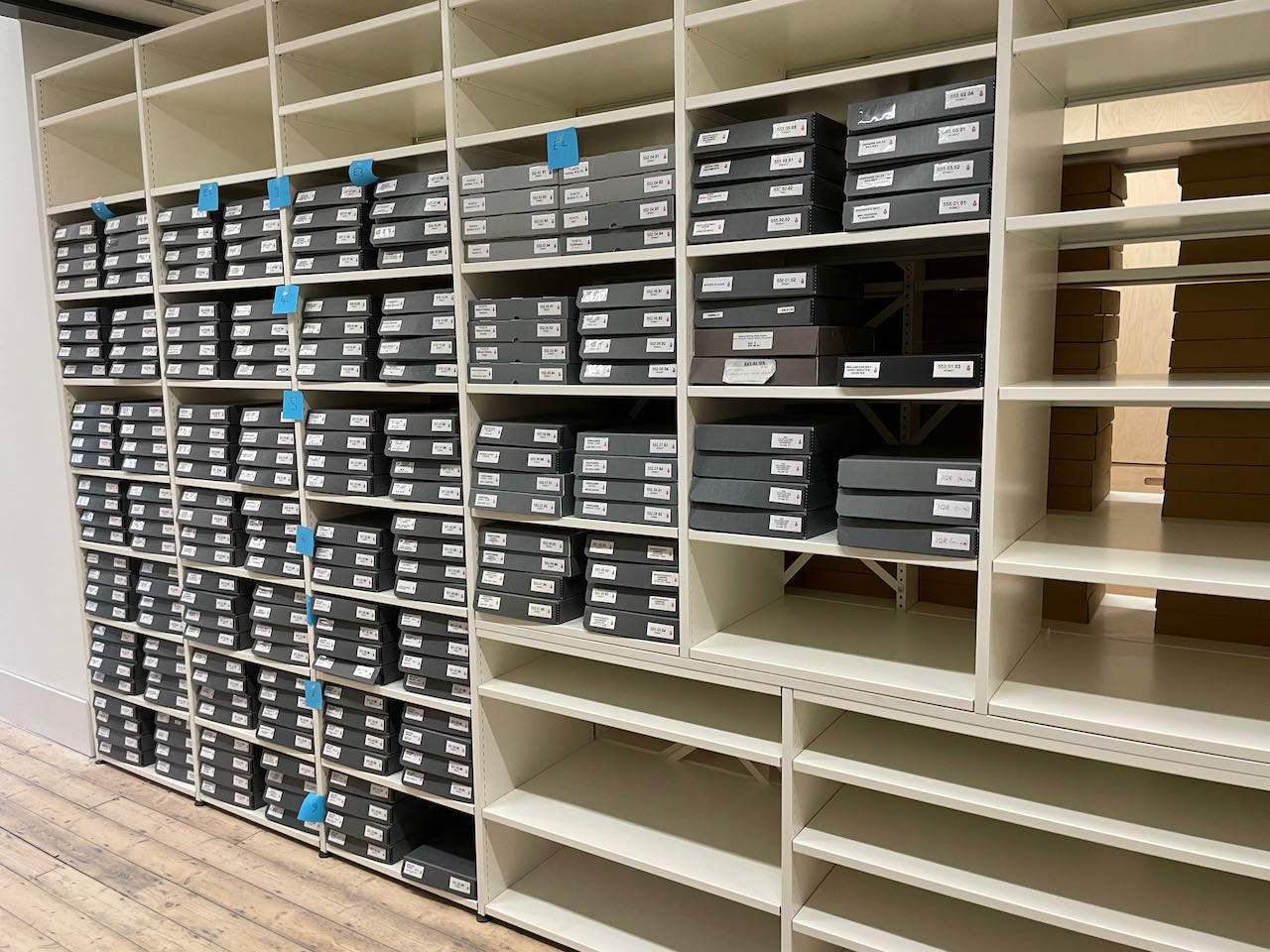 On the other side of the superb racking supplied & installed for us by Polstore, we see Aisle 'E' containing all our PEL files. The upper pigeon holes will be home to the small PEL boxes. 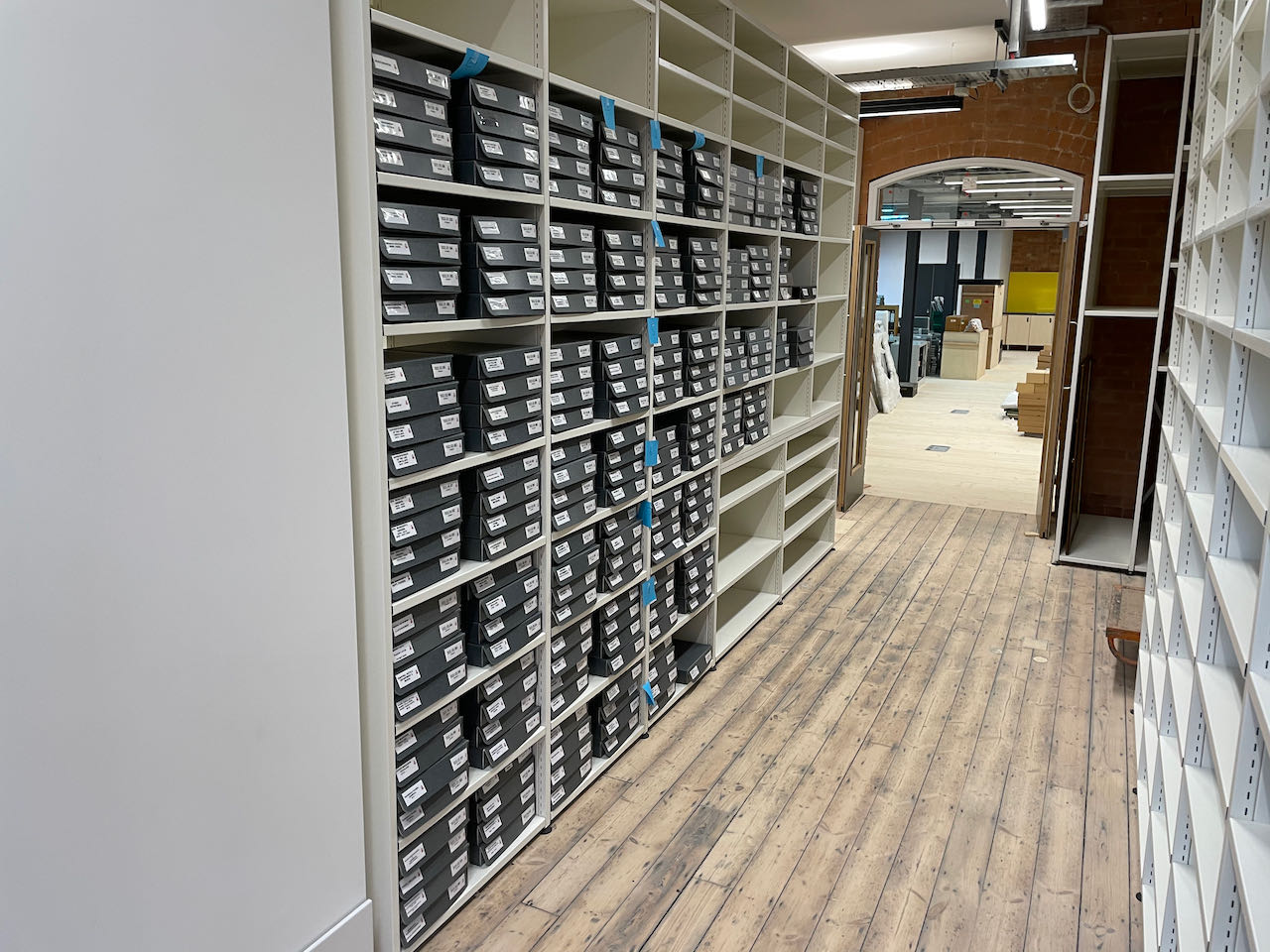 Again, we've turned around and can see out to the Learning Space which is currently our temporary staging area. A lot of items still to come into the Study Centre!

Before we finish this update, let's have sneak-peek at what's going on downstairs... 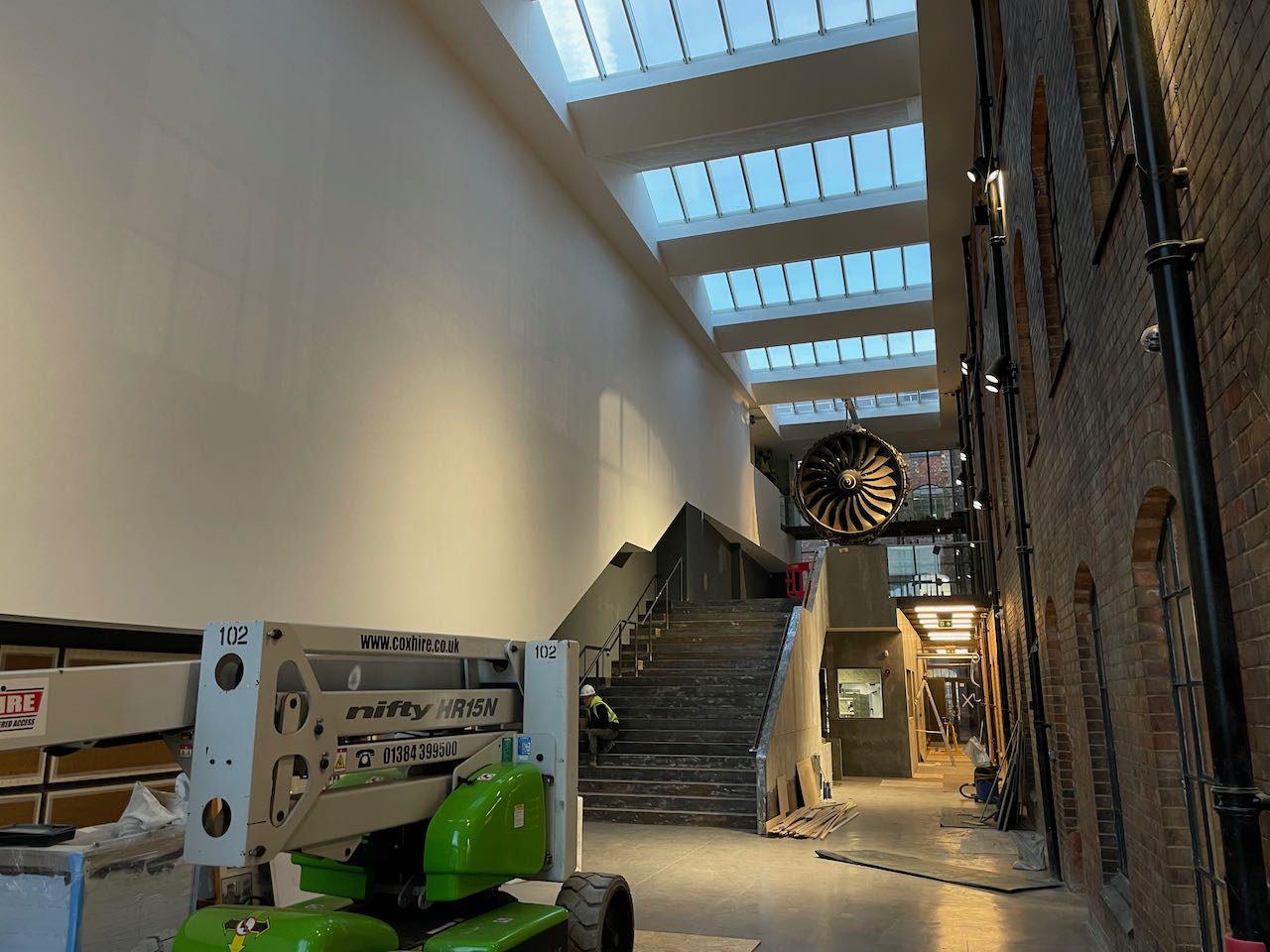 The jewel in the crown of the Museum of Making (excepting the Study Centre of course!) is the new Civic Hall where visitors to the building will arrive. As you can see, the space is dominated by a Rolls Royce Trent 1000 jet engine, although when it opens, there will be much more to see in here — including a secret surprise exhibit 😉 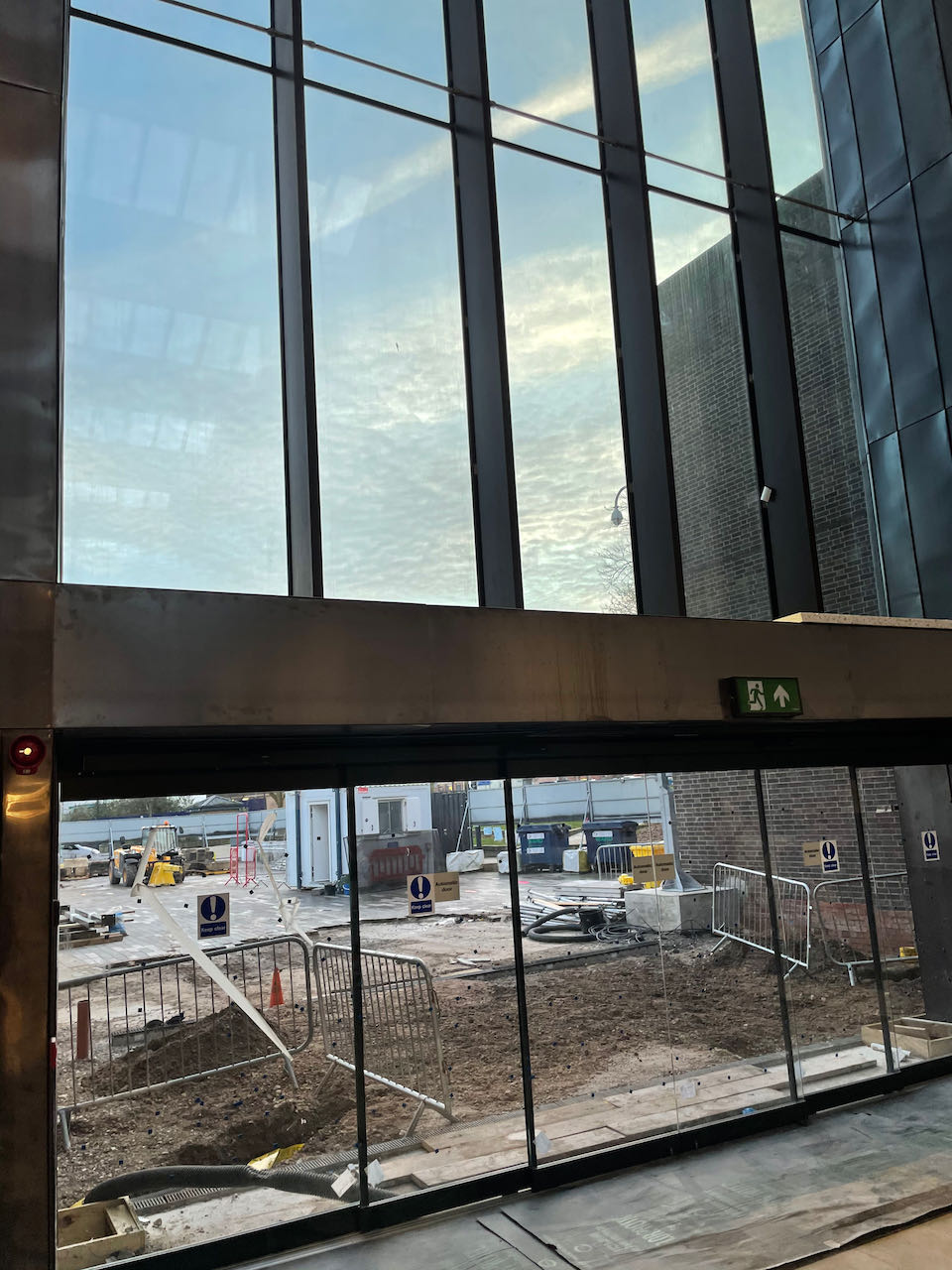 Another major milestone is that most of the site cabins which were located outside the main entrance have now been craned away, opening up the view of the site. As you can see from this shot, however, it remains very much a building site for now! 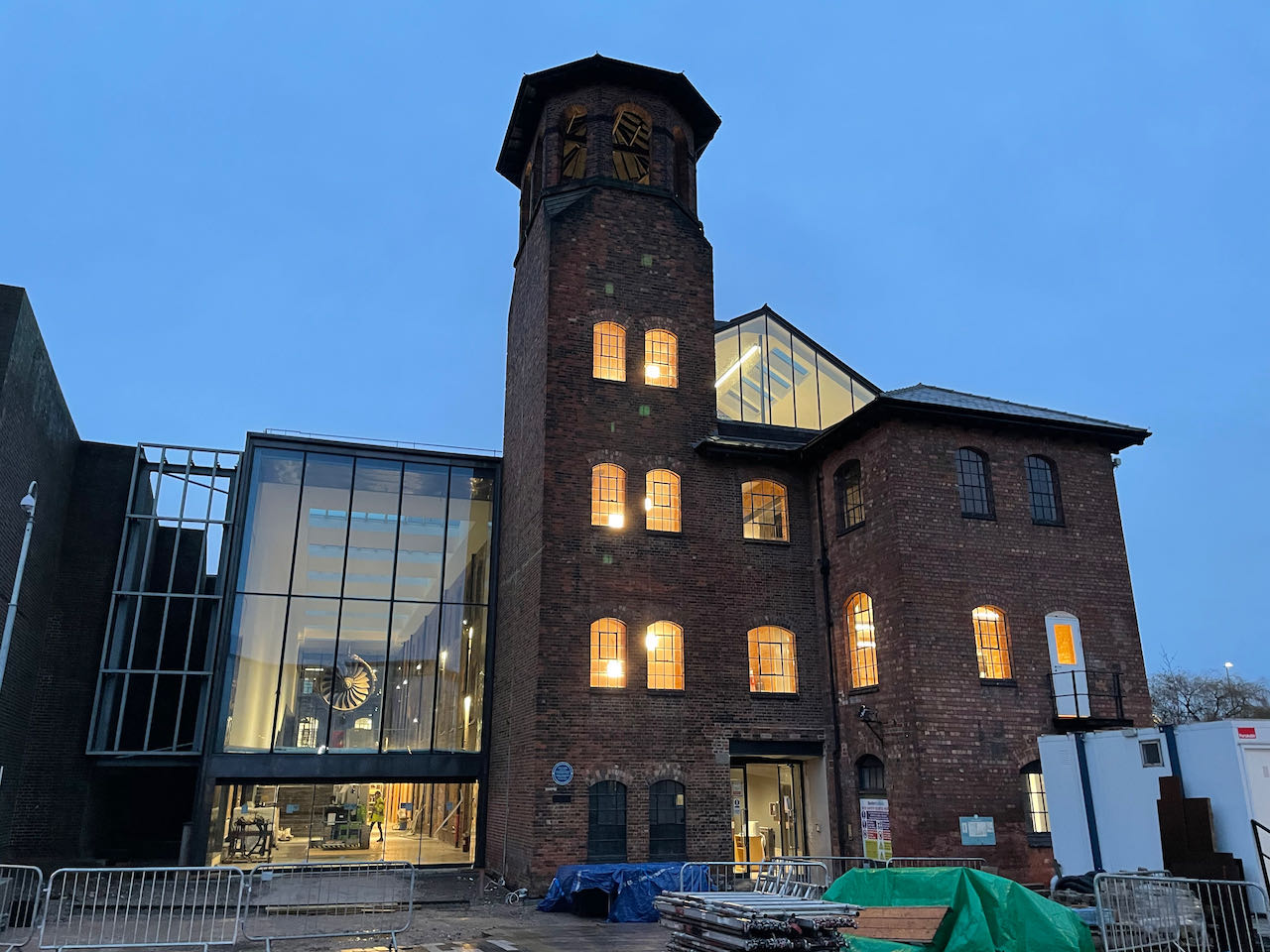 We hope you have enjoyed this December update on what is happening to reopen the Midland Railway Study Centre. The Museum of Making continues to slowly but very surely emerge from its disguise as a building site and we can't wait to welcome you all to see it in person from this coming Spring.

You can still read November's update as well if you are interested.