The information in this dataset covers 149 clerical employees whose names appeared in a book used to record annual and special leave taken during 1918. 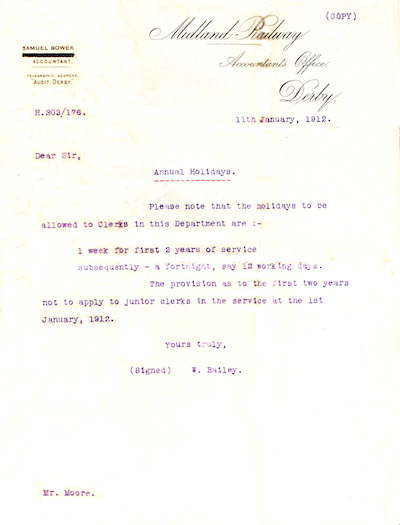 The following are general comments relating to the contents:

If you believe a particular person is one of your relations, the Study Centre Co-ordinator, as detailed below, would be pleased to hear from you.